I Play, You Play, We Play: Concurrent activity at Play Streets 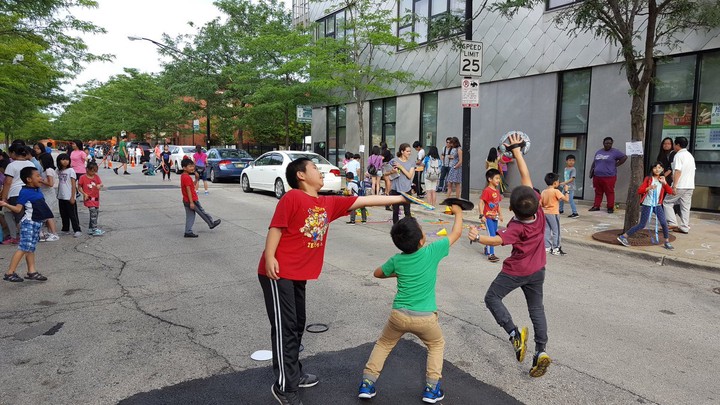 Purpose: Despite multiple health benefits, many children and teens do not achieve recommended amounts of physical activity (PA). Temporary changes to the built environment like Play Streets, temporarily closing streets to create safe places to play, are one solution to encourage PA in summer months. Play Streets can promote social cohesion by creating opportunities for concurrent activity, being active in the same area simultaneously. This study assesses concurrent activity at Chicago PlayStreets.

Method: During summer 2018, the System for Observing Play and Recreation in Communities (SOPARC) and iSOPARC mobile application were used to measure PA at PlayStreets (n=11) organized by eight community partners. Odds ratios were used to determine odds of observing an individual as active when in the same target area as another individual, and when in the same target area as an active individual, separated by sex and age categories.

Conclusions: Active male adults have a significant positive impact on activity levels at PlayStreets underlining the importance of engaged male figures. Additionally, findings suggest that active children can promote PA among other children at PlayStreets.