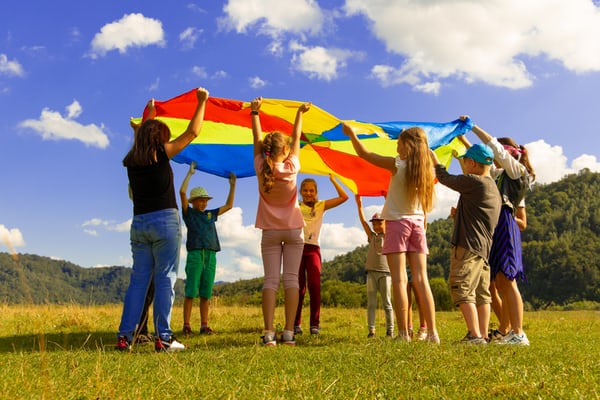 Child physical activity (PA) is influenced by social environment. Self-perception and perception of others’ behaviors may impact health behaviors such as PA. This study examines associations between child networks, perception of their own PA, and the network’s perception of their PA. Children (n=89, M age=10.00, SD=1.34) at a summer care program reported demographics (54% female; 46% Black), PA, and physical skill competency. Children indicated up to five people they interacted with the most while at the program and how active they perceived each person to be. Multilevel modeling was used to determine significant associations between skill competency, network measures, and child’s perception of their own PA, the network’s perception of their PA, and the absolute difference between the two. Children perceived themselves to be more physically active if they perceived their friends were more physically active. Children who were central in the network and more physically competent were perceived as more active by their peers. Absolute differences between self-reported and network perceived PA were significantly larger for females. This work builds on understanding of how network position may impact child PA perceptions at summer care programs. Implications of these perceptions for PA promotion programs are discussed.