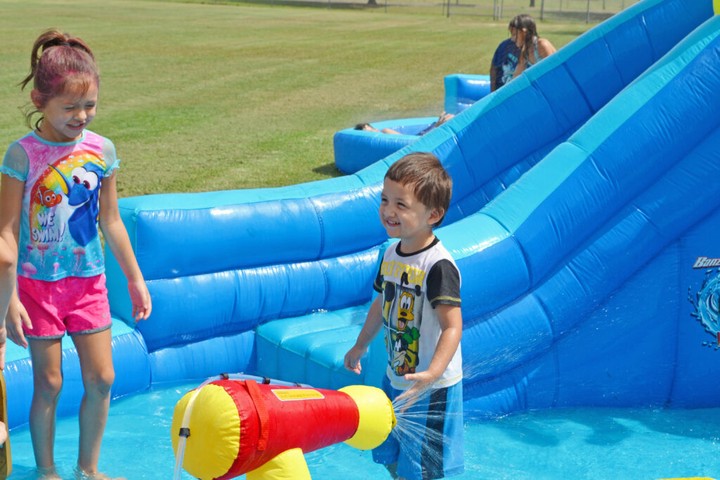 Children are significantly less active during summer months and rural children may face unique barriers to engaging in physical activity (PA). Play Streets is a low-cost way communities can provide safe play opportunities by activating public spaces. Four low-income rural communities received mini-grants to implement four three-hour Play Streets throughout summer 2017 for a total of 16 Play Streets. System for Observing Play and Recreation in Communities (SOPARC) and iSOPARC® were used to assess PA. Chi-squared tests of homogeneity determined significant differences in the proportion of children observed as active based on sex and target area type. Binomial logistic regression was used to determine if target area characteristics (i.e., type, equipped, supervised, organized) and presence of other active children or adults increased the odds of observing a child as active. In total, 1,750 children were observed across all 16 Play Streets; roughly half of all children (48.6% of males, 48.7% of females) were observed as active. There was no significant difference in proportion of children observed as active based on sex of the child (OR=0.99, 95% CI:0.82-1.20). Significant differences in the proportion of active children were found between target area categories. Males were significantly more likely to be observed as active in areas which were equipped or organized. All children were significantly more likely to be active if there was another active child present in the same area. These results add to the growing literature surrounding successful implementation of Play Streets in rural settings, social influence, and active play.